Ok, I’ve been mincing about on and off here for a while so I’ll stick a thread up about my Capri restoration.
It’s over on the other place too, I can’t remember where I’d got up to when the split happened so I’ll just start here from when I got the car back home after the paint was done to make it easier.

In a nutshell, it’s a 74 mk2. Being so early (May 74 build) it’s actually a new mk2 body on top of leftover mk1 oily bits, in typical Ford penny pinching fashion! Release a new model using as many bits of the outgoing one as possible!
I’ve had it since 2001 but decided to get a proper job done on it this time as it was beginning to look a bit rough. There’s a good chance I’ve gone overboard in all honesty but at least now I know it’s as good as it can be.

Here’s a few pics of it once it came home after the bodywork was finished (bare metal job with lots of new metal needed!) and the Miami blue paintwork done. I got the body guys to reinstall the basic running gear too after I’d cleaned it all up and painted it, just to make moving it around so much easier and not running the risk of scratching it. 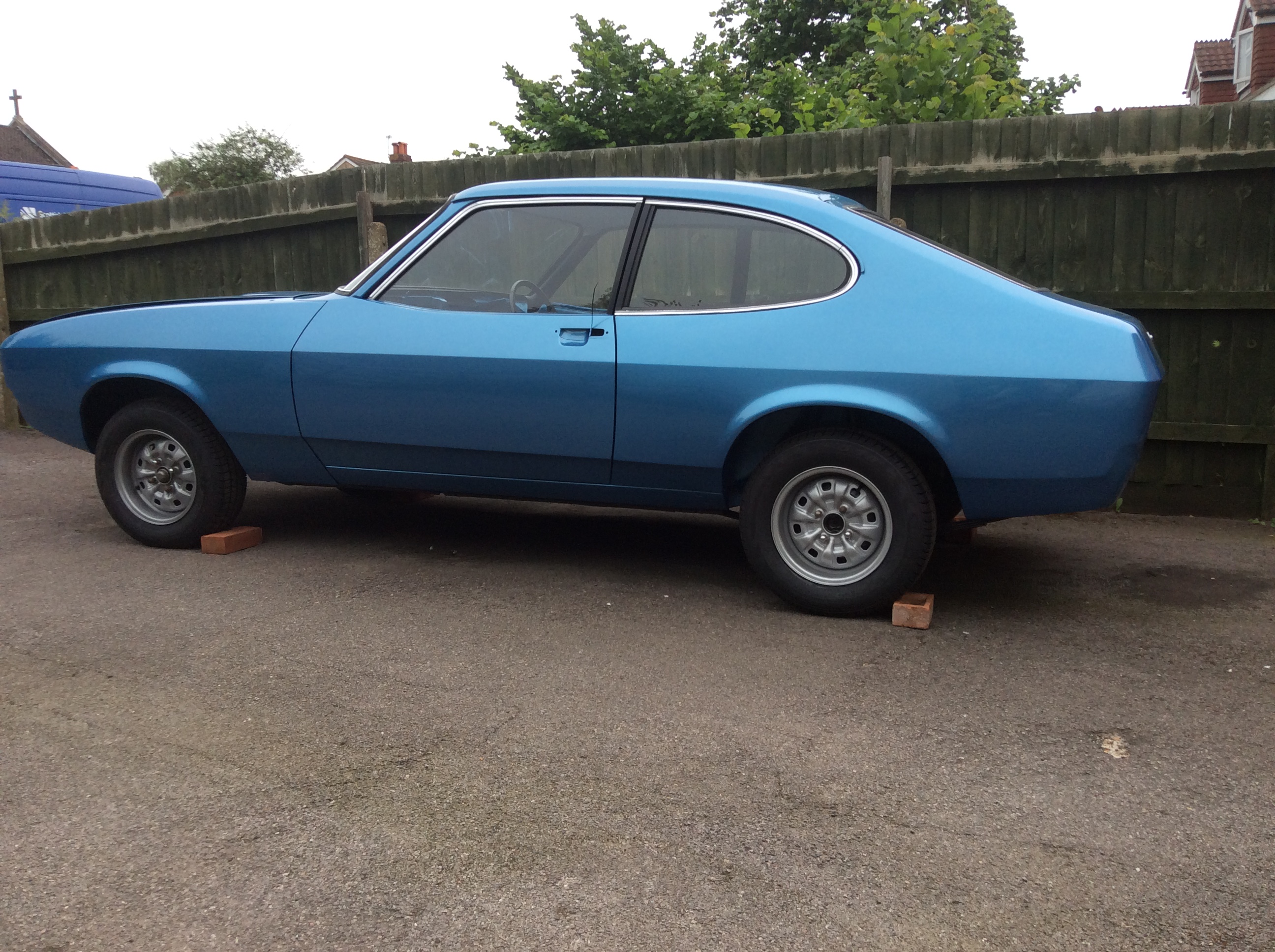 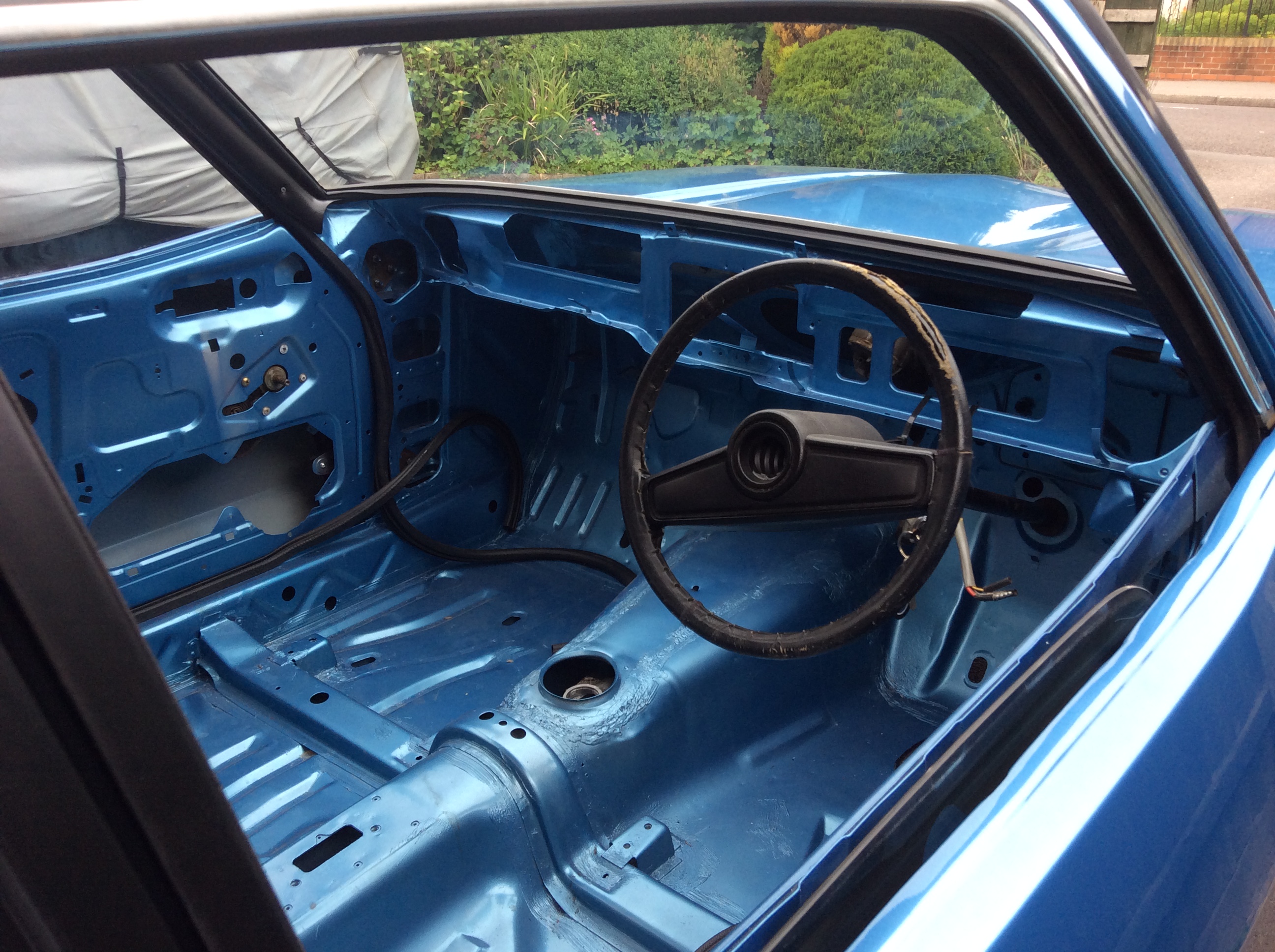 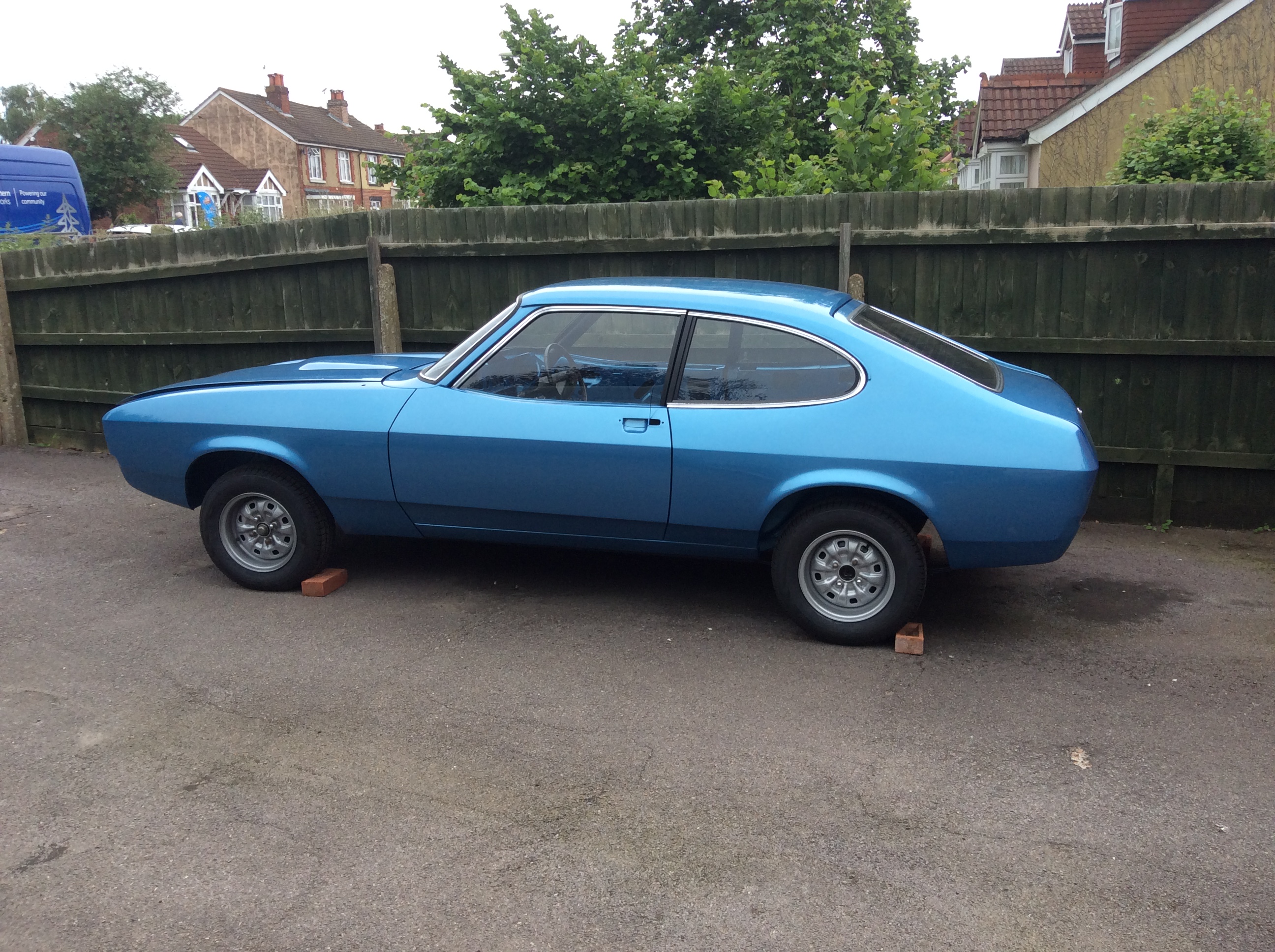 While the body guys were doing their thing I had all the running gear, interior etc etc at home and was gradually working my way through that. Some bits needed much more work than others. Then once the shell came home I could just build the car back up again.
88 Volvo 740 2.3GLE
84 Ford Transit 100L 2.0
74 Ford Capri 1.6L
73 Mercury Marquis Brougham 7.0 V8
Top

Yeah that is good to see on here, Dan, saves me having to check over the pinko forum!
South's gonna rise again.....
Top

Here’s a few pics of the engine bay with the cars original (numbers matching yo!) 1.6 Pinto in place. 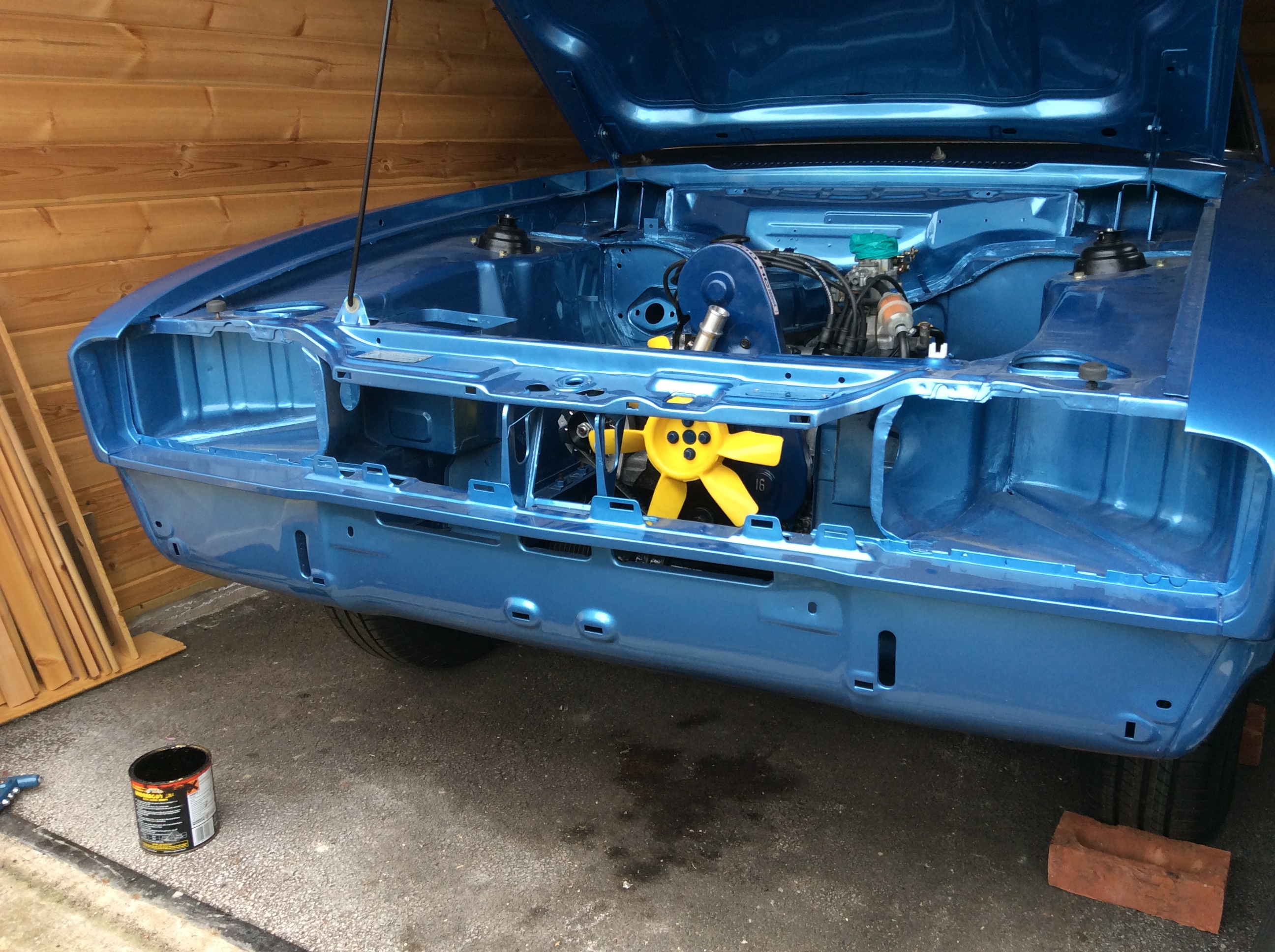 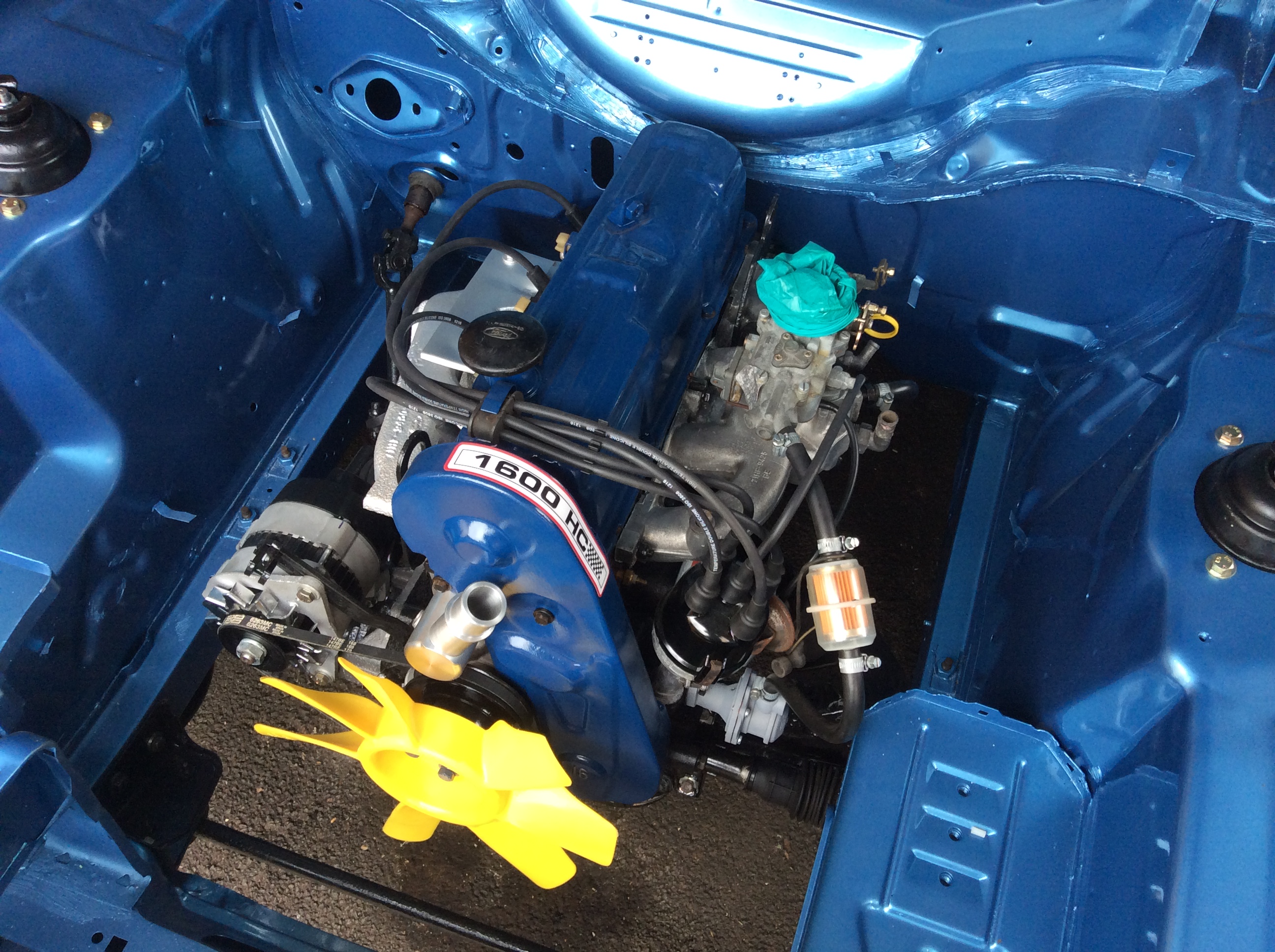 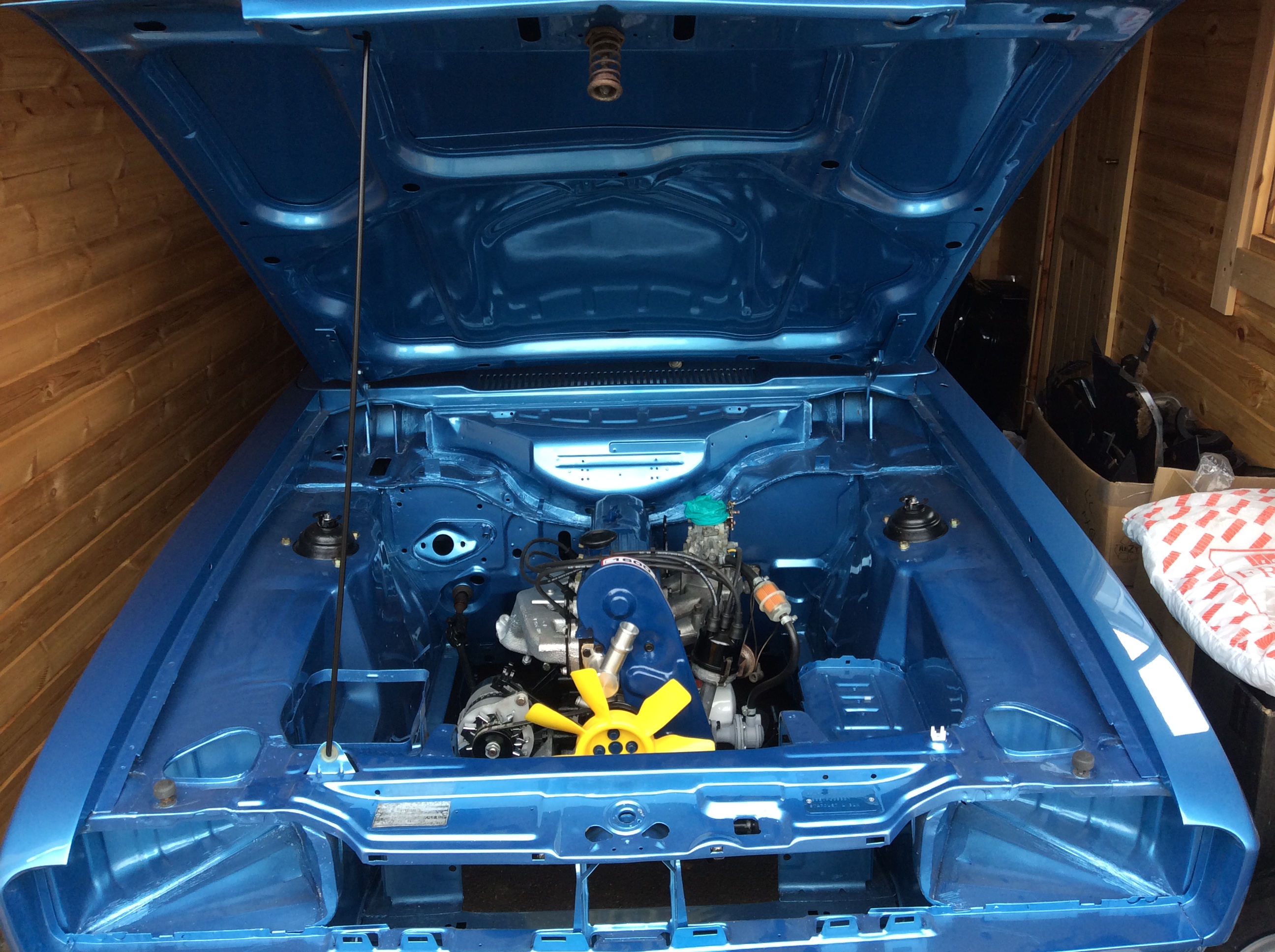 There wasn’t much wrong with the engine itself tbh, it’s the cars original engine confirmed by the chassis and engine numbers matching, so must be fairly unusual in that respect having managed to retain it for its entire life.
A basic health check on the lump showed little of concern, having owned it so long I know the engine well and it always ran and drove fine so I wasn’t worried. It was however absolutely filthy!
It’s had a really good clean up, new gaskets all round, various seals replaced and all the ancillary components either stripped and cleaned or replaced as needed. Then it had a coat of paint. 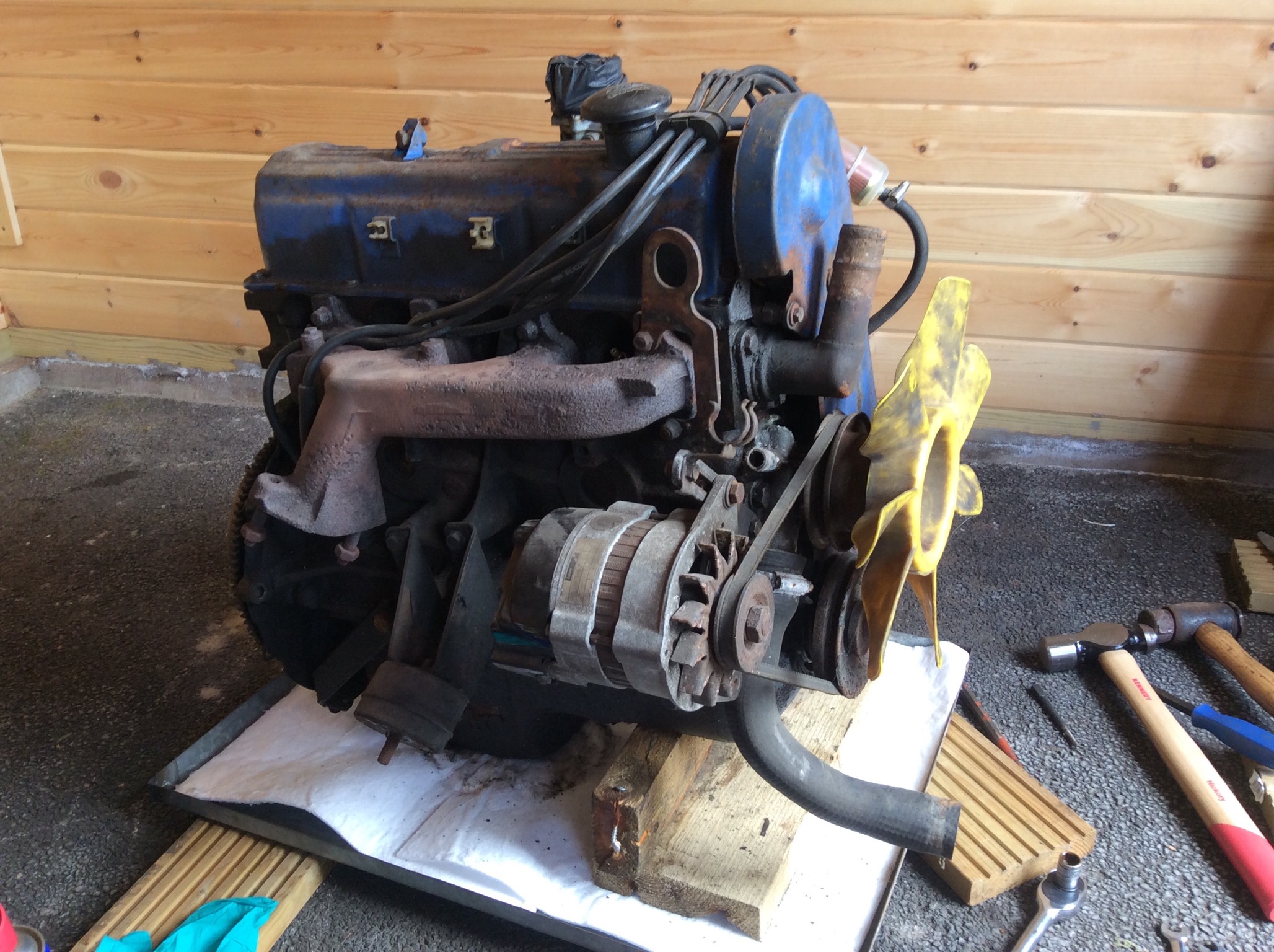 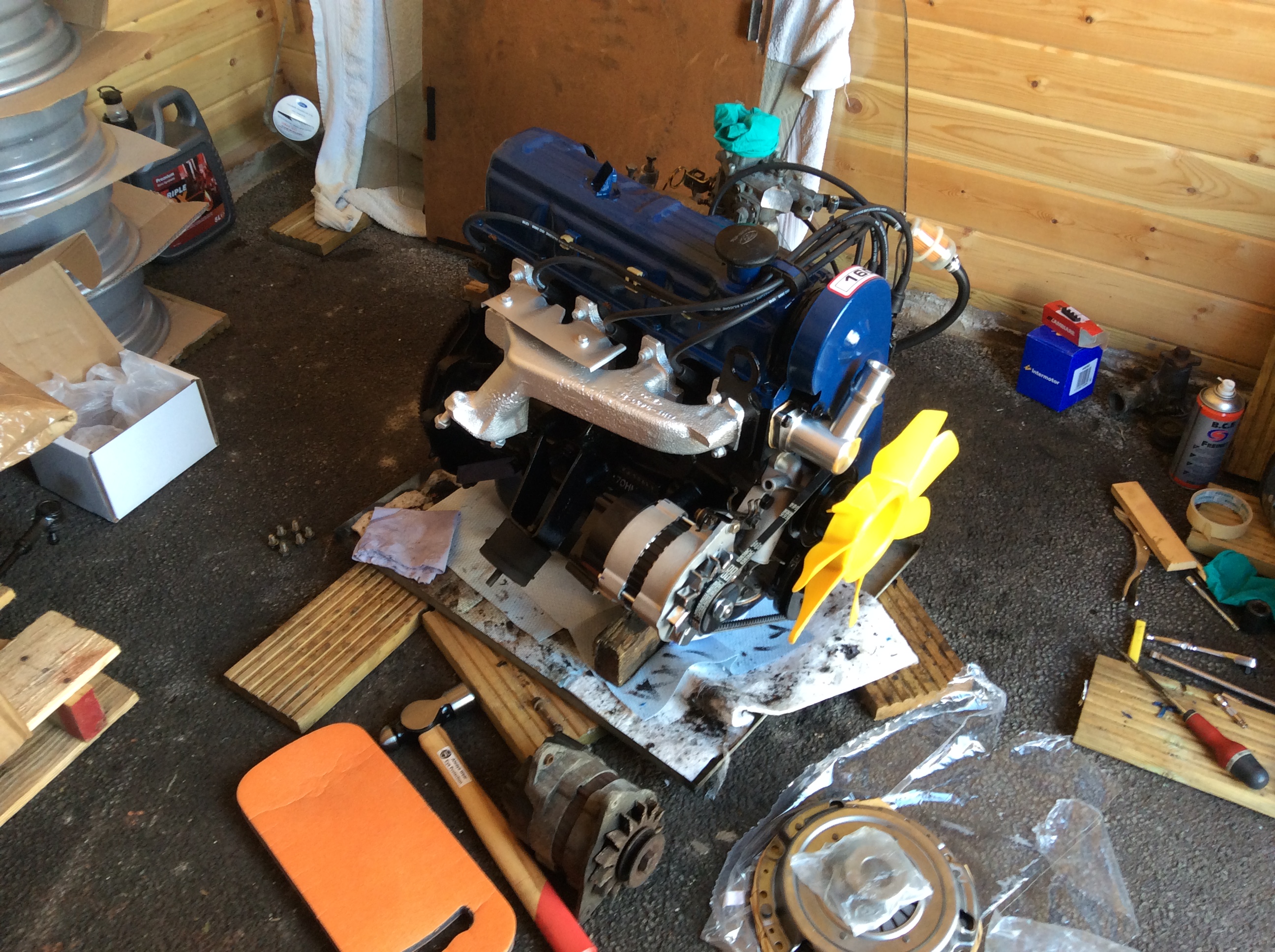 The gearbox, prop shaft and axle were treated much the same. The rear leaf springs were fucked so they went in the bin in favour of brand new ones and the front struts got fully stripped, painted and reassembled with new standard height springs and new shocks. Nothing is being modified or pissed about with here.
88 Volvo 740 2.3GLE
84 Ford Transit 100L 2.0
74 Ford Capri 1.6L
73 Mercury Marquis Brougham 7.0 V8
Top

Wow, that has come on well! Haven't seen a Capri engine bay like that since school-day Motor Shows....
South's gonna rise again.....
Top

Does it still have the II through the Capri badge? My first Capri was a 74 3.0 Ghia manual bought without a back axle. Iirc it had the indicators on the right although I may be wrong.
Big Hooli Fan
Top

Next was heater box refurb.
This car has a mk1 style heater. Completely different to later mk2’s and 3’s. It’s a metal Smiths unit but there’s not much available for refurbishing them so I had to modify mk3 bits to fit.

Overall it’s in decent nik but the heater matrix was crap even by Capri standards and one of the wire control cables had snapped meaning it only blew hot air. Well, lukewarm-ish air!
Stripping it down is easy as these are held together with a load of tiny screws. Then the old tiny matrix and polystyrene packing came out. 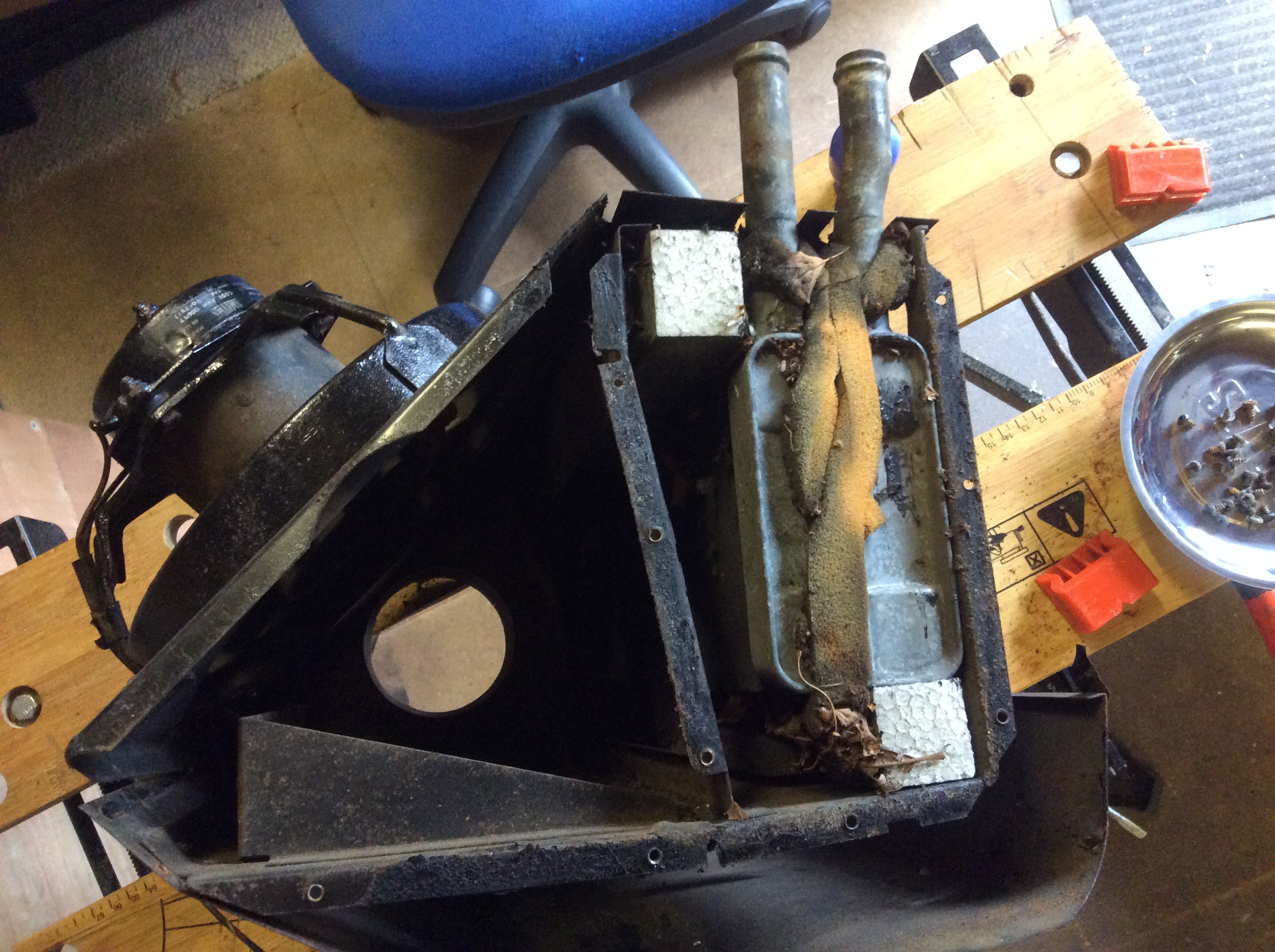 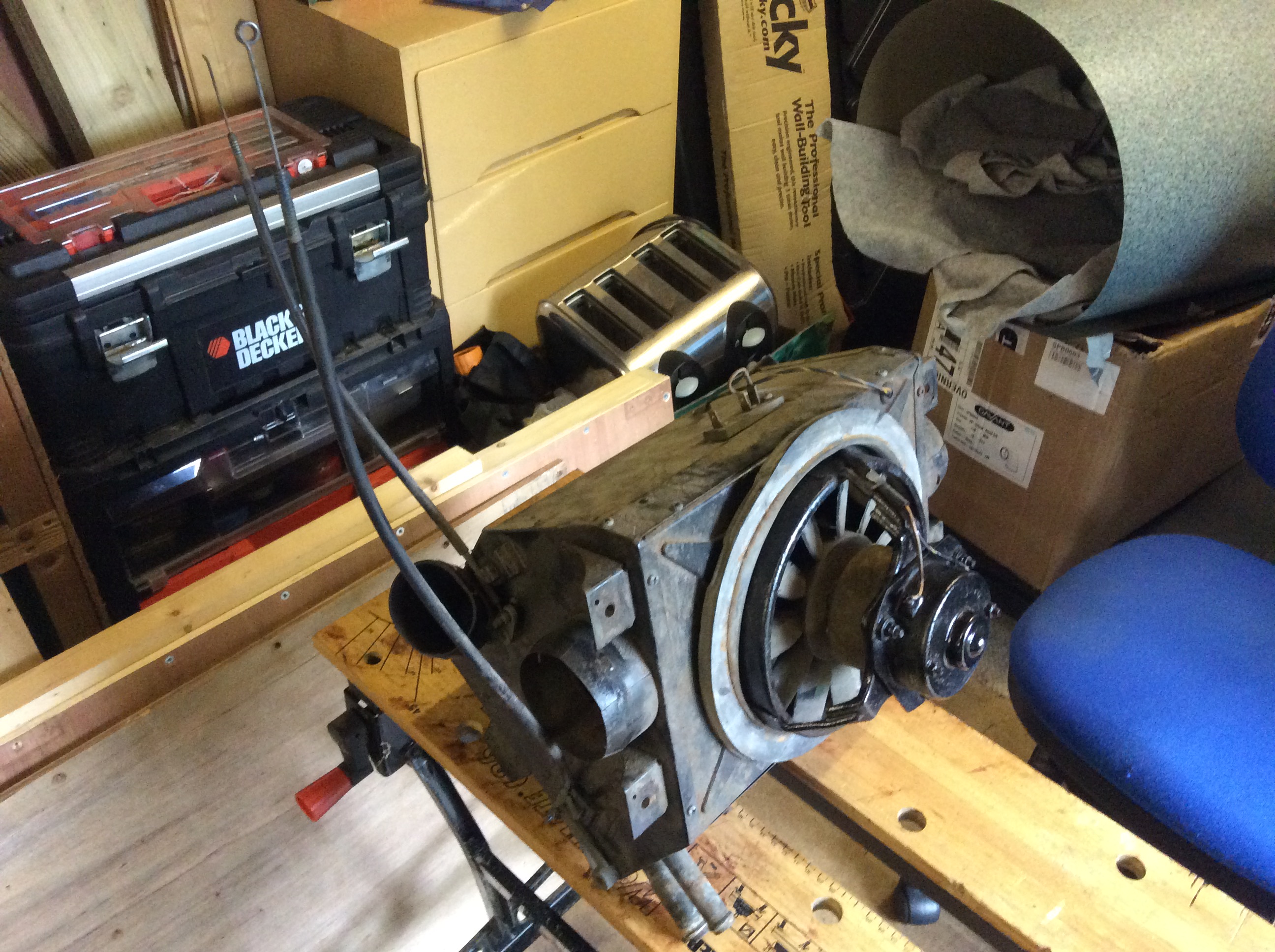 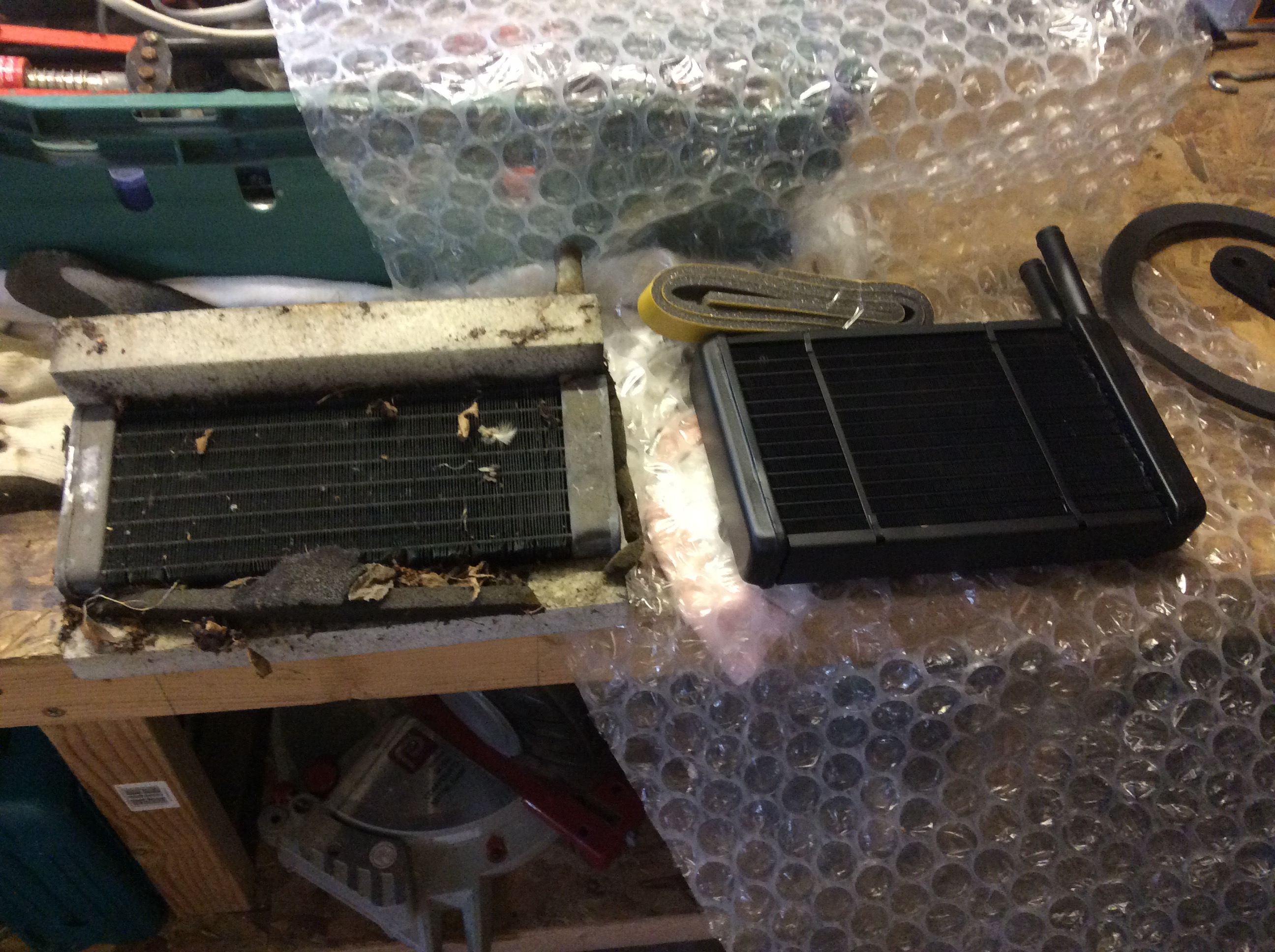 The replacement matrix is for a mk3 so is a fair bit bigger than the original mk1/2 unit. It will fit but it means altering a few bits of the box itself and making up some new packing to keep it held securely.
At the same time I replaced the foam sound deadening from the heater control flaps, the old stuff had disintegrated and was long gone. This isn’t available either so I found a thin foam model making cutting mat and chopped that to shape and glued it on. Works fine. 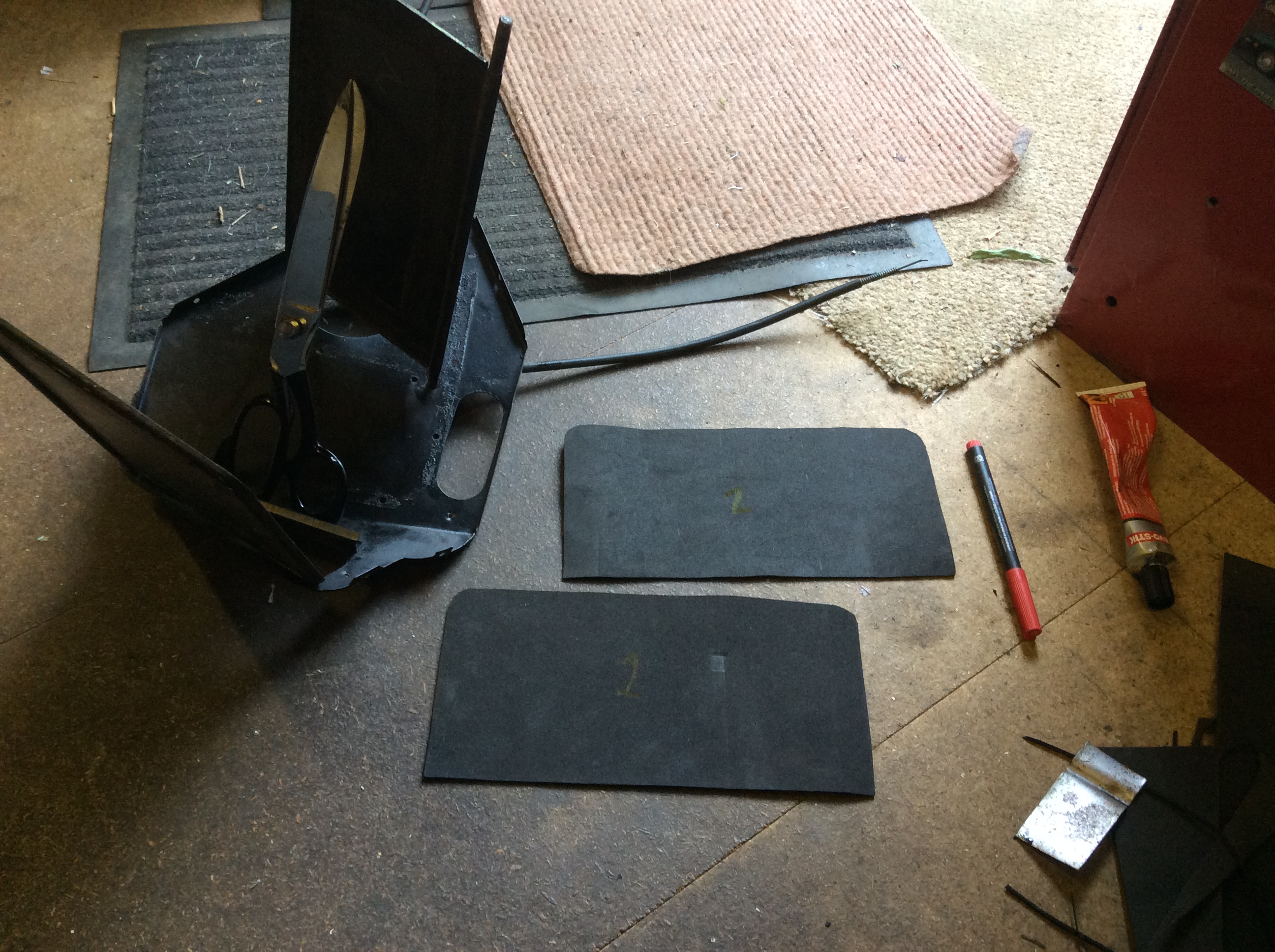 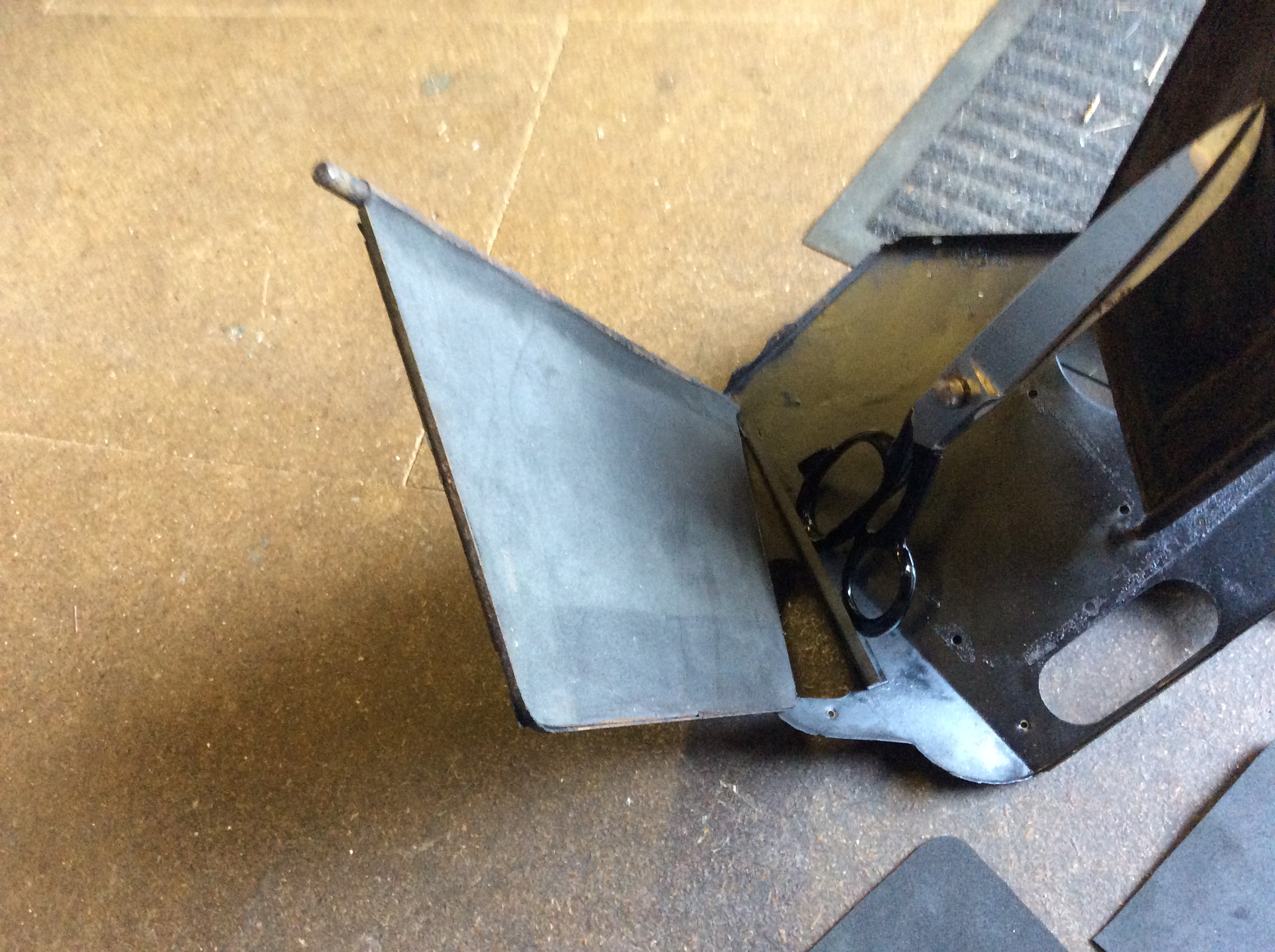 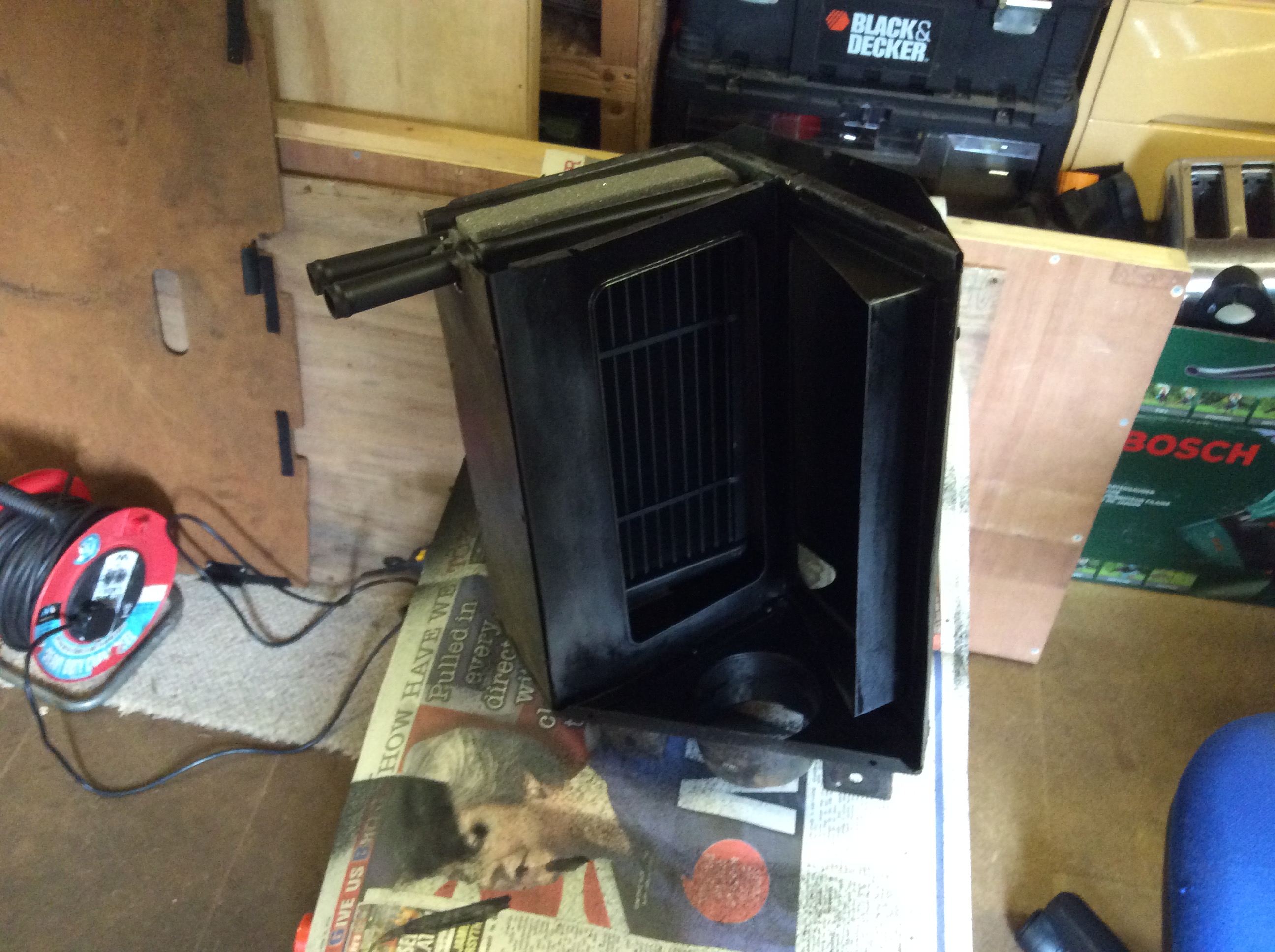 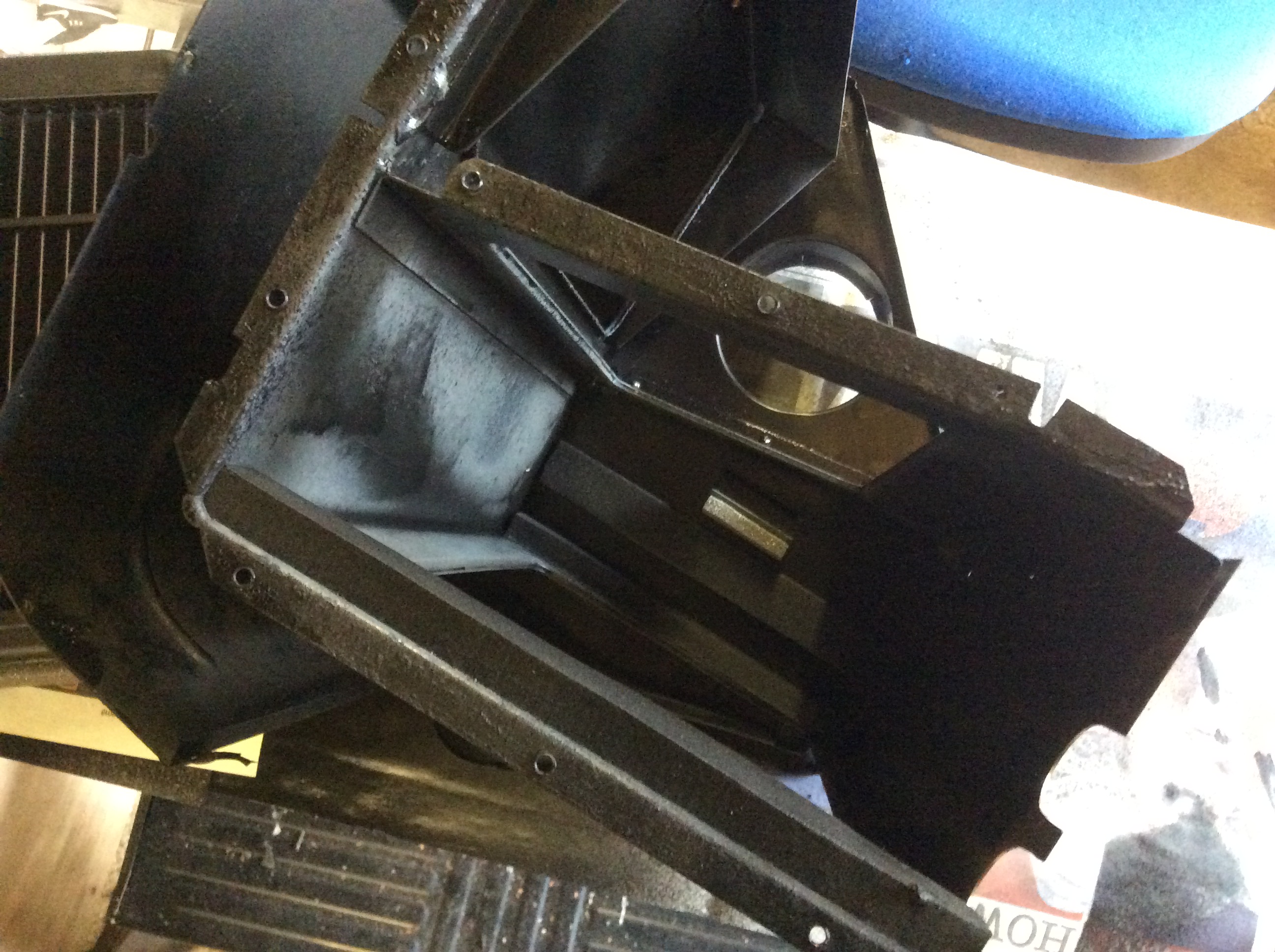 The broken control cable was a bit of a problem to sort. The way they sit in the dash means there’s a heck of a lot of stress on the ends so trying to make do wasn’t going to work. In the end my only solution was a lucky find on eBay and I bought a complete mk1 heater unit for spares which luckily included the required cable.
88 Volvo 740 2.3GLE
84 Ford Transit 100L 2.0
74 Ford Capri 1.6L
73 Mercury Marquis Brougham 7.0 V8
Top

Danthecapriman wrote: ↑
Fri Aug 09, 2019 9:23 pm
In a nutshell, it’s a 74 mk2. Being so early (May 74 build) it’s actually a new mk2 body on top of leftover mk1 oily bits, in typical Ford penny pinching fashion! Release a new model using as many bits of the outgoing one as possible!

Also in those days strikes and supply issues sometimes meant using what was in stock and fitted.
Top

Warren t claim wrote: ↑
Fri Aug 09, 2019 9:52 pm
Does it still have the II through the Capri badge? My first Capri was a 74 3.0 Ghia manual bought without a back axle. Iirc it had the indicators on the right although I may be wrong.

It should have the red II logo behind the metal ‘Capri’ badge. It’s never had it as long as I’ve owned the car though.
But I’ve managed to get two new vinyl replacement stickers to go on it this time, I had to get them from the states though.
I’ve got all the other badges already, including these, 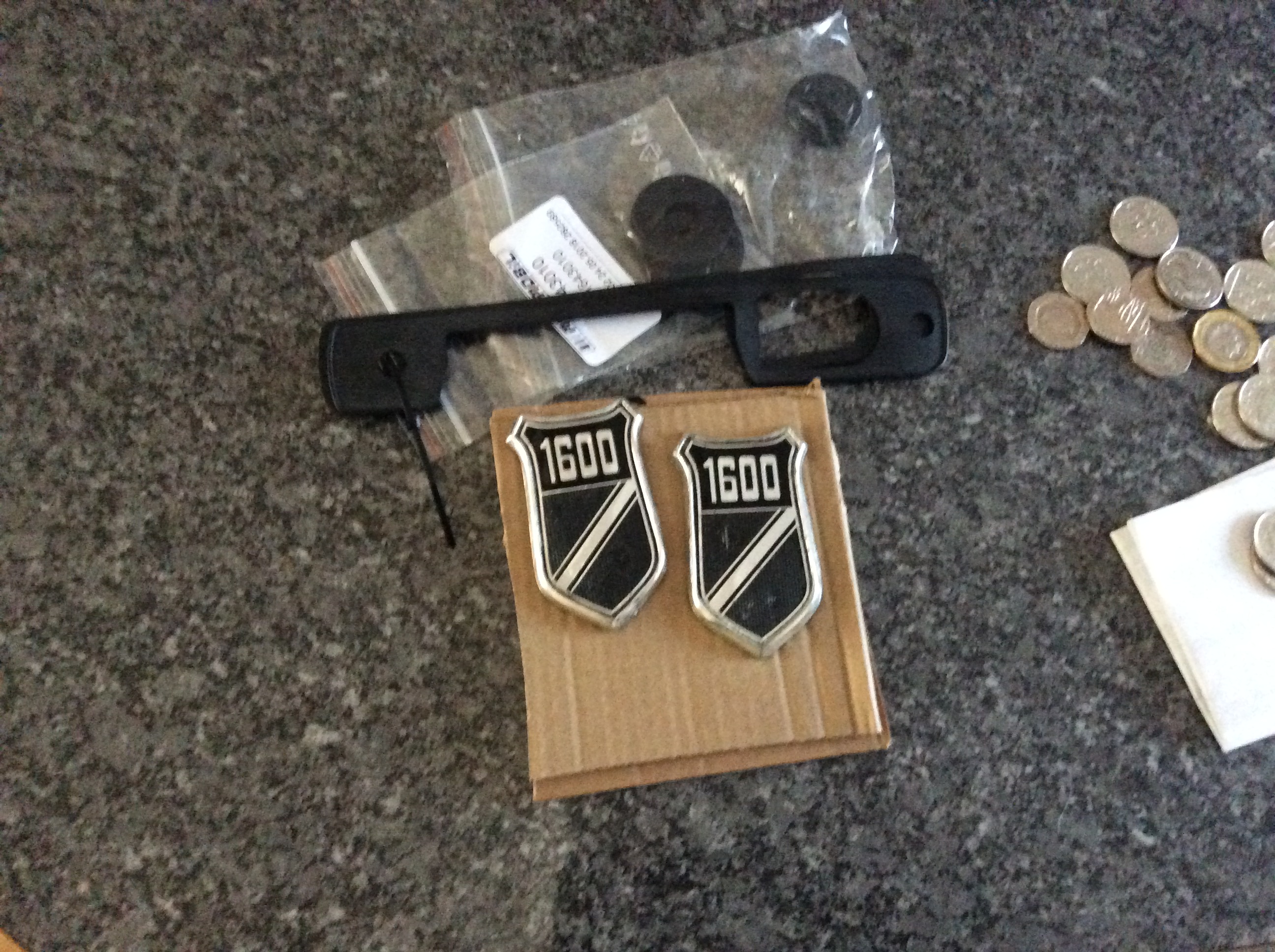